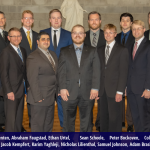 The Commencement Service for Bethany Lutheran Theological Seminary, which included the assignment of calls, occurred on Wednesday, May 8, 2019 at 4:00 p.m. in Trinity Chapel. The Rev. Daniel Basel served as preacher, Pres. Gaylin Schmeling served as liturgist, and Mr. John Baumann was the organist. The sermon was based on Matthew 10:16 with the theme “Wise Yet Gentle Servants.” In the sermon, Pastor Basel explained that those in the public ministry should be wise as serpents and gentle and harmless as doves. The public servant will be shrewd, properly using the good things of this world for the kingdom, and gentle and harmless, causing no offense to the Gospel. They will use every effort to proclaim the full forgiveness of sins in our crucified and risen Savior. 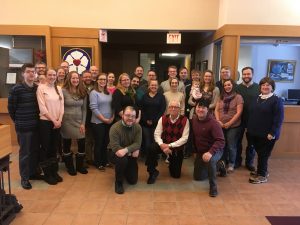 On February 22–23, 2019, Dean Andrew Schmidt conducted a marriage workshop with our faculty for the students and their wives. The workshop, entitled “Communication and Conflict Resolution for Marriage and Parish Life,” focused on active listening and a proper God-pleasing resolution of conflict. It emphasized discussing problems as two Christians, reaching a God-pleasing solution of the conflict, and then forgiving as Christ has forgiven us. The workshop also focused on strengthening the marriage relationship and giving the students tools to use in marriage workshops in their future parishes. 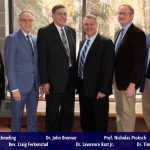 This year’s theme is:

Lutheran Preaching Through the Centuries 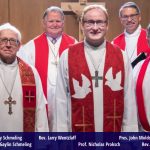 Bethany Lutheran Theological Seminary began its new school year with an opening service in Good Shepherd Chapel on August 27, 2018. Prof. Timothy Schmeling conducted the liturgy and the Rev. Larry Wentzlaff delivered the homily on 2 Corinthians 5:14–21, focusing on the doctrine of justification and the public ministry, the ministry of reconciliation. On the basis of Christ’s redemptive work the whole world has been justified or declared righteous in Christ. The Rev. Wentzlaff pointed out that this message is brought to all people through the means of grace by the ministry of reconciliation. This is the purpose of the God-given office of the public ministry. Those in this office will proclaim the message of salvation in Jesus Christ our Savior. Also at this service, the Rev. Nicholas Proksch was installed as professor at Bethany Lutheran Theological Seminary. He will teach the New Testament courses at the seminary and the Greek courses at the college. Pres. John Moldstad conducted the rite of installation. 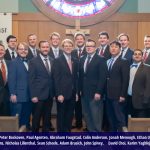 The seminary enrollment this year numbers seventeen. There are five seniors, six middlers, five juniors, and one special student.